How to Boost your Facebook Organic Reach (by Outsmarting the Algorithm) 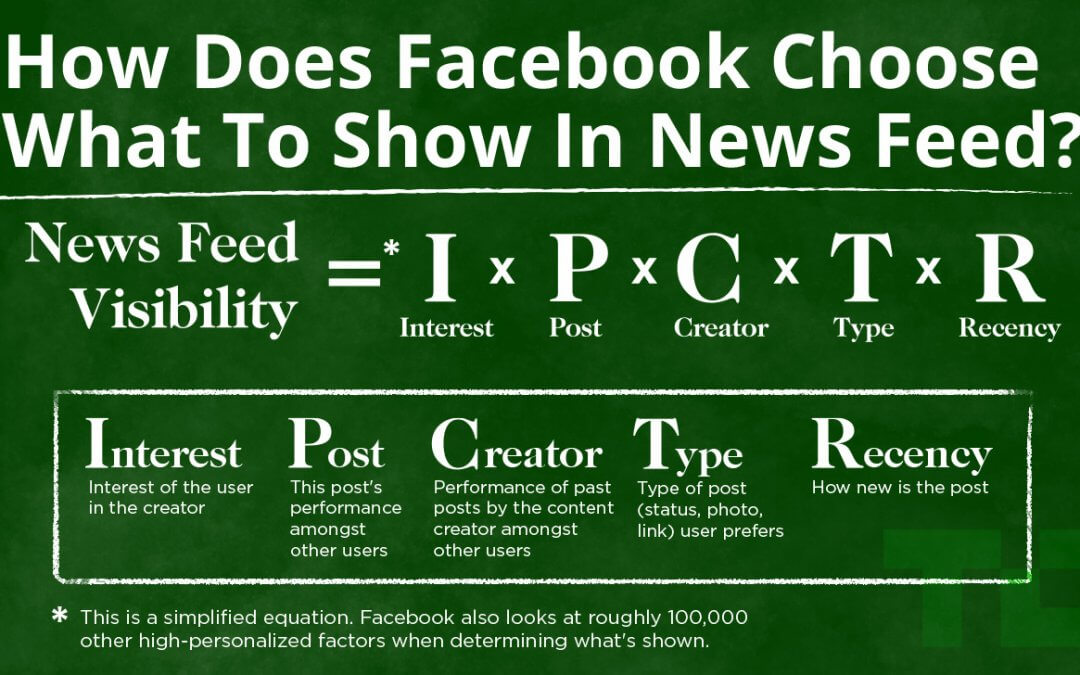 If you’ve been managing Facebook pages for a few years, you’ve sadly noticed your Facebook reach go lower and lower.

In the early Facebook, posts got shown to almost everyone who liked your page. But as Facebook became more and more monetized (they want people to boost their posts = mo’ money for them), they began to diminish that number. To what extent? 2% according to Hubspot. 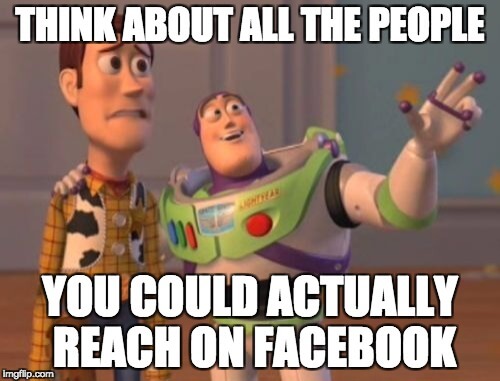 That’s right, only 2% of your Fan Page Followers will see your posts on average if you don’t boost them. But growth hackers like you and me don’t want to pay to reach our fans.

There is a workaround: understanding the Facebook Algorithm to be able to Boost your Facebook Organic reach and most importantly TAKE ACTION and TEST THINGS OUT! What we’ll get into here will work for Facebook personal profiles as well as Facebook groups!

I’ve been testing techniques inspired by some of the best players in the game & blog posts. The result of my investigation is this monster of an article!

Who’s not taking 5-minutes breaks on Facebook to see « just what’s going on »?

Facebook has got us hooked badly. If you want to understand how I suggest you read the book Hooked by Nir Eyal.

That’s what makes Facebook a perfect place for us marketers to be. You want to be where your prospects spend their time: you want to be in their newsfeed.

So, Facebook has got us hooked as users which makes it a great place to market but at the same time it’s getting harder and harder to get our posts seen. What’s the first step to start hacking it?

As life & growth hackers, our process involves first understanding the rules to use them to our advantage. What are the rules of the game? 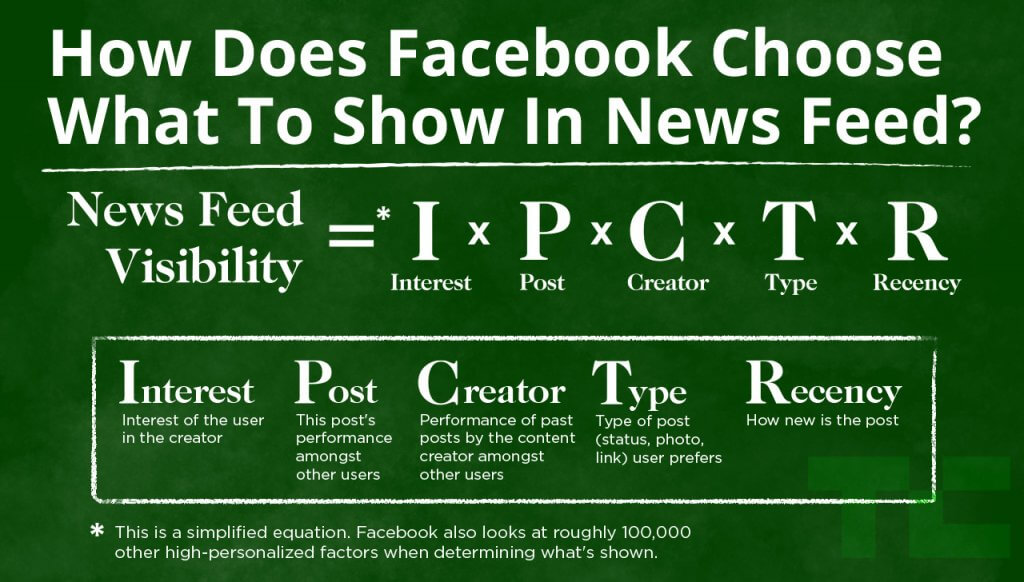 If we simplify what Facebook’s news feed visibility algorithm takes into account, we get those 6 elements to which I’ve added hacks ideas that we’ll see later in the article.

Have more people follow you and engage with your posts.

Boost your post’s performance by having people engage with it in the 10 minutes after it’s posted, make it engaging, make it unique.

This is hackable by creating high value-added content, consistently.

Reposting content that works in different formats at different times.

So how does Facebook determine what to show to who?

“The goal of News Feed is to deliver the right content to the right people at the right time so they don’t miss the stories that are important to them.” (Source: News Feed FYI: A Window Into News Feed).

Something interesting to point out: Facebook Algorithm is highly correlated to the end user’s interests!

Something else that’s key as well is that Facebook shows posts to a few engaged users (Family, fans, etc.) and, based on their engagement, shows it.

In the end, Facebook’s ultimate goal is for you to stay on Facebook.That is key for them as they get to show you more advertising. It’s become clear with Facebook’s focus on ads in the recent years. 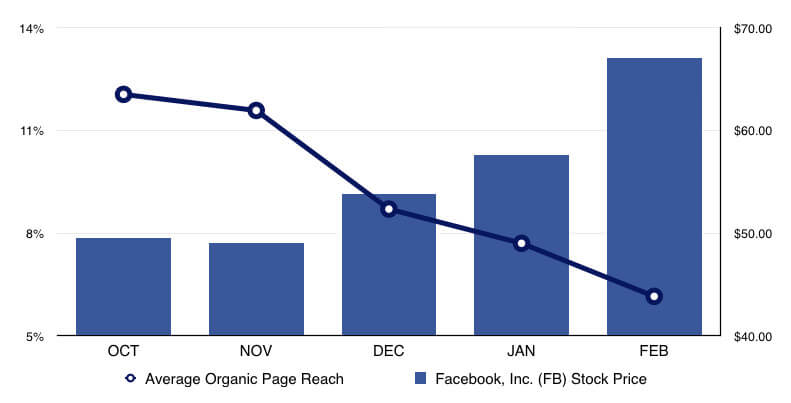 Now that we know the rules, how to hack the game?

Facebook is no exception: content has to be quality and bring value to your fans or readers. That’s also rule number one when trying to boost your facebook posts organic reach.

How to maximize engagement and interest?

The key is to make your post topic one that people have to react to. It can be:

Facebook has the power to promote certain types of posts more than the others. By default, posts who produce more engagement are boosted. In practice, Facebook will also drastically boost its newest post types. Currently, it’s live videos, text statuses with colored backgrounds. In the near future, it could be AV/VR pictures or videos. Stay alert!

Facebook live videos get shown to most people. For the live video in itself, Facebook will send a notification to all your friends/fans to let them know you’re live.

Perhaps the best part is that you can have your live video saved as a video on your wall so that it keeps generating more views.

Depending on users settings, Facebook will have videos autoplay in their walls. Humans are lazy; videos are perfect for lazy.

If you make the video start enticing enough, it’s a win. Pro tip: it’s wise to include subtitles by default on your video as Facebook auto plays them without sound.

But always include a picture with your text posts. A good picture attracts the eyes of your fans or friends and stops them in their non-ending Facebook feed scrolling.

Bonus tip 1: make it a meme or something funny
Bonus tip 1: try to have an original picture (never posted on Facebook) as Facebook will boost them more.

As this is pretty new, Facebook increases its reach. Plus, it’s made to catch attention by default.

A new feature as well here, extra boost as well.

C. What about Links?

As I mentioned, Facebook wants you to stay on Facebook. Links do the exact opposite and send you elsewhere.

If you have a product or service to promote, links can be included in a post’s comments. If you have to pos a link, make sure the post has received enough comments & likes before posting the link. You can make it a mini contest like “For 50 likes, I’ll gift you X”.

This as a recurring question of social media pirates.

As important as it is, the truth is it doesn’t matter as much as what and how you post on Facebook.

Some blogs have tried to gather best practices on when to post on Facebook. It’s nice, but it’s also very generic.

Here’s a more tailored way to do it:

In my case, it’s a matter of accommodating my followers located in Europe & North America.

Something that’s important is consistency. For instance, Vin Clancy advises taking 3 hours on Sunday evenings to plan your posts for the whole week.

There’s #1 ultimate secret: it’s about what works for you

At the risk of repeating myself, there is no #1 ultimate secret and you have to test all the above yourself. After all, no one has the same followers!

Any personal hacks on how to boost your Facebook posts’ organic reach?

How to Boost your Facebook Organic Reach (by Outsmarting the Algorithm) was last modified: July 2nd, 2018 by Ambroise Debret 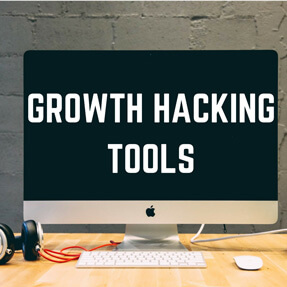 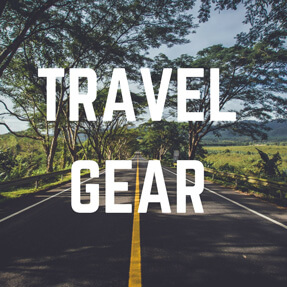 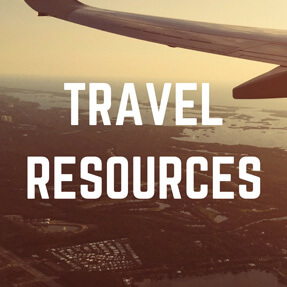 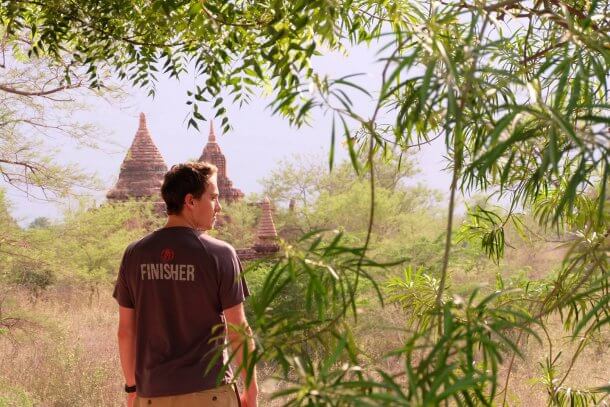